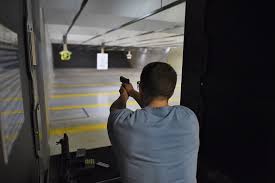 New Jersey Governor Phil Murphy has proposed a 2,000% increase in the cost of firearms permits and carry licenses, according to the Washington Examiner.

The Examiner reports that "Under Murphy's budget proposal, the firearm identification card will jump from $5 to $100, the owner's permit will go up from $2 to $40, and the permit to carry, the largest increase, will go from $20 to $400. For all three licenses and permits, the price would increase by 2,000%"

In an interview, Murphy told the New York Times, "There's no war on responsible gun owners. We can support the efforts of the attorney general, state troopers, county and local law enforcement, to do the stuff we need to do: track crime, track gun violence, combat trafficking of illegal guns."

$150,000+ In Fines Issued In First Weekend Under NYC Lockdown

'It's our right to earn a living': Defiant NJ diner couple use GoFundMe donations...

New York, New Jersey and Connecticut to impose quarantine on travelers from states

This city disbanded its police department 7 years ago. Here's what happened next

Muscle breach: New Jersey fitness enthusiast is arrested after he works out at gym...