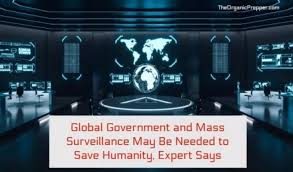 A prominent Oxford philosopher who is known for making terrifying predictions about humanity has a new theory about our future, and it isn't pretty.

Over 15 years ago, Nick Bostrom, author of Superintelligence: Paths, Dangers, Strategies, made the case that we are all living in a Matrix-like computer simulation run by another civilization.

Here's a summary of that theory, explained by Vox:

In an influential paper that laid out the theory, the Oxford philosopher Nick Bostrom showed that at least one of three possibilities is true: 1) All human-like civilizations in the universe go extinct before they develop the technological capacity to create simulated realities; 2) if any civilizations do reach this phase of technological maturity, none of them will bother to run simulations; or 3) advanced civilizations would have the ability to create many, many simulations, and that means there are far more simulated worlds than non-simulated ones. (source)

Will humanity eventually be destroyed by one of its own creations?

If you find the idea of living in a computer simulation that is run by unknown beings troubling, wait until you hear Bostrom's latest theory.

Last Wednesday, Bostrom took the stage at a TED conference in Vancouver, Canada, to share some of the insights from his latest work, "The Vulnerable World Hypothesis."

While speaking to head of the conference, Chris Anderson, Bostrom argued that mass surveillance could be one of the only ways to save humanity – from a technology of our own creation.

His theory starts with a metaphor of humans standing in front of a giant urn filled with balls that represent ideas. There are white balls (beneficial ideas), grey balls (moderately harmful ideas), and black balls (ideas that destroy civilization). The creation of the atomic bomb, for instance, was akin to a grey ball — a dangerous idea that didn't result in our demise.

Bostrom posits that there may be only one black ball in the urn, but, once it is selected, it cannot be put back. (Humanity would be annihilated, after all.)

The Global Deep State: A New World Order Brought to You by COVID-19

"Vaccines" Are the Keys to World Control