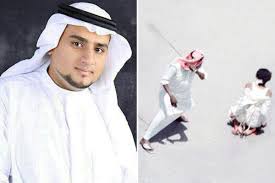 A YOUNG lad was tortured with electricity and beheaded in Saudi Arabia because he sent WhatsApp messages about a protest aged 16.

Abdulkarim al-Hawaj, 21, was a schoolboy when he was detained and accused of being a "terrorist" for sending texts online about an anti-government demonstration.

He was a Shiite Muslim - which is a persecuted minority group in Sunni-dominated Saudi - living in the troubled Eastern province.

Abdulkarim was beaten and tortured with electricity while his hands were chained above his head when he "confessed" to his crimes, human rights charity Reprieve said.

According to Amnesty International, his trial was a farce because he was denied access to a proper defence lawyer and convicted on the forced confession.

Aside from torture, the charity also claims that his captors threatened to kill his family if did not confess to the crimes.

This week, he had his head cut from his body in front of a baying, bloodthirsty crowd along with 36 other men in the medieval country.