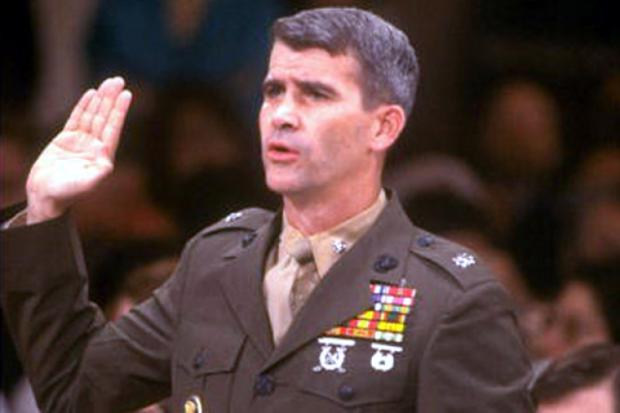 "Please know I hoped to be with you today as NRA president endorsed for reelection. I'm now informed that will not happen," North said in a statement that was read by Richard Childress, the NRA's first vice president, to members at the group's annual convention.

North, whose one-year term ends Monday, did not show up for the meeting, and his spot on the stage was left empty, his nameplate still in its place. His statement was largely met with silence. Wayne LaPierre, whom North had tried to push out, later received two standing ovations.

It was a stunning conclusion to a battle between two conservative and Second Amendment titans — North, the retired Marine lieutenant colonel with a ramrod demeanor who was at the center of the Iran-Contra scandal of the 1980s, and LaPierre, who has been battle-tested in the decades since he took up the mantel of gun rights. He has fought back challenges that have arisen over the decades, seemingly emerging unscathed each time.