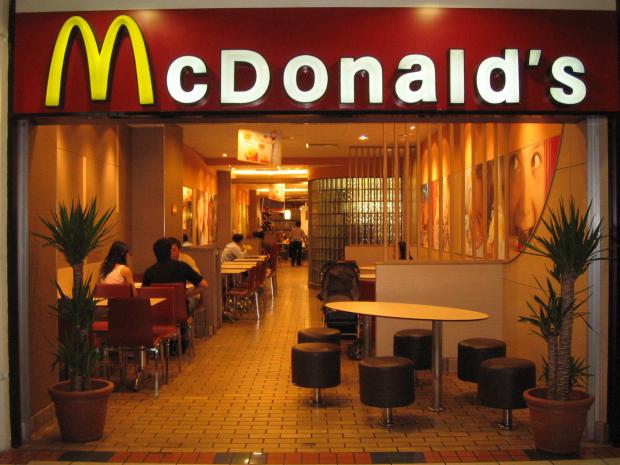 McDonald's recently announced it will no longer participate in lobbying designed to thwart minimum wage hikes at the local, state, or federal level.

By sticking together and taking action on the job, courageous workers in the Fight for $15 and a Union have forced McDonald's — the second-biggest employer in the world — to drop its relentless opposition to higher pay,

Perhaps Ms. Henry should have added "for now" as a caveat to McDonald's vaunted status as a world-leading employer.

Rise of the Machines?

I recently took my daughter to breakfast at McDonald's. After not seeing anyone at the register, I observed one of those futuristic-looking digital kiosks on the wall.

I hadn't used a kiosk to order food before, but it took all of 90 seconds to place my order. (My daughter got the Big Breakfast and chocolate milk; I got a bacon, egg, and cheese biscuit.) The machine printed out a receipt, which I took to the counter where a young woman was working a register. McDonald's slashed its labor force by more than 50 percent from 2013 to 2018, despite adding thousands of restaurants around the world.