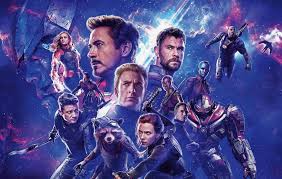 Orient Cable, a local TV provider in the city of Dipolog, Zamboanga del Norte province, is being sued for airing the film a day after its premiere in cinemas.

The company is now facing a lawsuit brought forward by Teatro de Dapitan – the authorised movie firm that shows the film in the country.

According to a report from the Philippine News Agency,  Teatro caught wind of the pirate film circulating on TV and went straight to police.

As a result, Orient Cable pulled Endgame from its broadcast, leaving a two-hour slot to be filled.

The company are said to have then aired another pirated movie - this time the Filipino superhero film Captain Barbell.

Avengers: Endgame sealed it's place in history as one of the most financially successful films ever made.