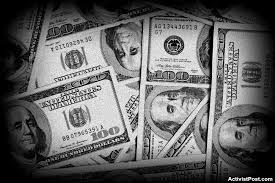 The problem is, this is exactly what central banks and governments tend to do. In fact, governments and central banks wildly and deliberately promote certain indicators as the signals everyone should care about while ignoring a whole host of other fundamentals that do not fit their "recovery" narrative. When these few chosen indicators don't read well either, they rig the numbers in their favor.

The most promoted and and by extension most rigged indicators include GDP, unemployment, and inflation. I would include stock markets to a point in this list, but as I've always said, stocks are a trailing indicator and never tell us accurately when an economic crash is taking place. If anything, stocks are and always have been a placebo for the masses, a psychological crutch meant to lull them to sleep while the crash begins. Other than that, they have no value in determining the health of the system.  As a lagging indicator, we will cover stocks at the end of this analysis.

GDP rigging is mostly a government affair, as much of how GDP is calculated today includes government spending. So, even though the government has to steal your money through taxation in order to then spend money, government spending is still counted as "production". This includes programs like Obamacare, which despite assumptions among some conservatives, continues to operate today.