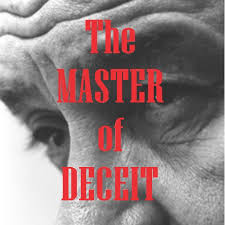 After attempting to get President Kennedy to officially assign him oversight responsibility of "all national security issues" — and failing in that audacious act — Johnson set out to achieve the same result using his innately brazen guile. Documents within his own "LBJ Library" provide a window into how he went about doing this, behind JFK's back.

Robert Caro, in his book The Passage of Power, described Johnson's attempt to achieve his goal of being the first vice president to ever wield real power; it was as if LBJ had planned all along to prove his favorite dictum: "Power is where power goes." Though Mr. Caro used that phrase as the title of the chapter where he recounted a number of illustrations of how LBJ demonstrated his ability to leverage his nominal power in his various political positions to aggregate even more of it, Mr. Caro nevertheless missed some of the most brazen examples.

In one such instance, he did cite the failed attempt by Johnson, in the first week after the inauguration, to get President Kennedy to cede unprecedented power to him, and how that was summarily rejected by JFK. Ironically, it appears as though Mr. Caro, despite the magnitude of Johnson's insubordinate act — which left his aides George Reedy and Jim Rowe "flabbergasted … the most presumptuous document any Vice President had ever sent to his President" [1] — was not aware of the fact that the rebuffed Johnson then went around his back in a secret power grab that successfully gave him essentially the same level of power on an ad-hoc basis.

How the U.S. unleashed Agent Orange in its own backyard: