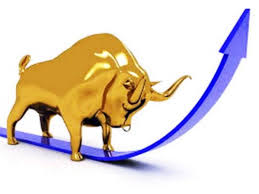 That's how long you have to grab someone's attention before they mentally drift off to the next thing. That's one second less than a goldfish.

Thanks to constant interruptions by smartphones and multitasking, our attention spans are getting shorter all the time.

This is also reflected in absurd investor behavior…

Over the last five decades, the average holding period for a stock has steadily declined. It's fallen from eight years to a mere four months since the 1960s. You can see this in the chart below: 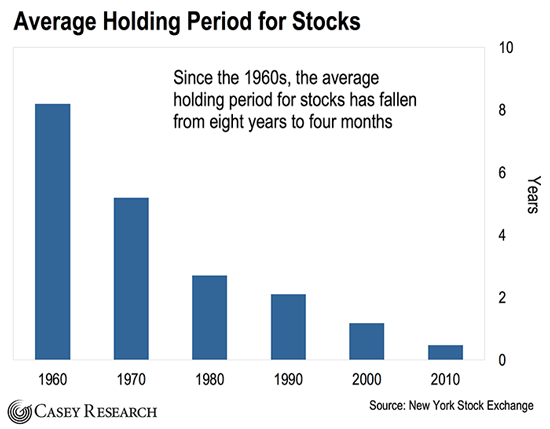 I wouldn't be surprised if that average is even shorter in the fast-paced, 24/7 crypto market.

Why am I telling you this?

Put simply, if you want to be a successful crypto speculator, you need to take a long-term view.

The Future Takes Time to Build

The internet took 30 years to become mainstream. Blockchain technology is barely 10 years old and has only received serious attention for the last three years or so.

Rewiring the global financial system and the larger economy takes a long time. Still, the Blockchain Ecosystem is developing fast. And it's spreading like a virus.

Eventually, it will take over all the aspects of our daily lives in which it makes sense to use a trust-minimized system.

You see, nature is trending towards higher orders of complexity.

In short, blockchain technology is peer-to-peer, immutable, and censorship-resistant. This enables us to build a freer, more complex society outside the limitations of nation-states.

Building the future takes time. It'll be another three to five years or so until cryptocurrencies reach mass adoption.

But luckily, we don't have to wait for this to fully play out to profit as speculators.

That's because markets move in cycles. Each cycle brings in a new wave of cryptocurrency adopters.