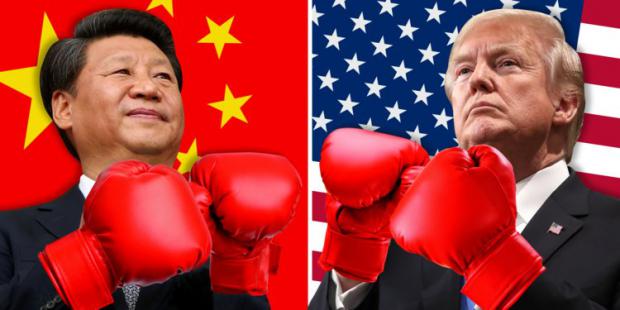 But then – at least for a few hours – the market turned green with a vengeance. And as Zero Hedge explained, the reasoning could not have been more convoluted.

Eager to "explain" the bizarre market (non) reaction, the WSJ went into full blown narrative-building mode, and wrote that stocks shrugged the tariff hike for these reasons:

1. Hike was priced in

3. This could accelerate agreement.

Let's see. After months of market-moving "solid progress" bulletins from Kudlow and Mnuchin, we actually thought there were several thousand Dow points (higher) of a "done deal" priced-in. Apparently, the opposite – no deal and a thundering tariff hike – was priced-in, too (higher).

That is to say, the casino is so rigged that there ain't nothing which can't be made to come up green when the algos and day-traders put their buy keys to it.

As for the ongoing negotiations with the Chinese, as far as we can tell those have been going on almost without interruption since the late 1990s. So like "money on the sidelines", apparently "trade talks on the sidelines" have become another evergreen reason to buy.

And that seems to be the case even if there are actually no talks on the sidelines. As Secretary Mnuchin confessed to CNBC after a short, wholly inconclusive meeting with China's chief negotiator, Liu He:

I just saw Treasury Secretary Mnuchin in the West Wing and I asked him what's next on the schedule for trade talks with the Chinese. He said: "Nothing planned as of now."

And just in case the slowwitted Mnuchin missed the nuances of the thing, Vice Premier Liu left no doubt:

Vice Premier Liu He just left his DC hotel on the way to the airport, and no talks are scheduled from here; in fact the best that the Vice Premier could say is that "talks will continue at some point."

Yes, in the great scheme of things "some point" is at least a form of "ongoing". But over the course of 50 years of filtering political double talk, we recall no occasion when "nothing planned" and "at some point" had any relationship to any time soon.

With regard to #3, however, the notion that poking Emperor Xi in the eye with a stick of hornets would actually help him to get his head right was an idea we really hadn't considered. After all, the man idolizes Mao, who ionized upwards of 45 million people.

Then again, when you are at Peak Absurdity, just about any cockamamie notion is as good as the next.

What we are saying is that Peak Absurdity has arrived, and while the Donald is leading the way, the crowd behind him on both ends of the Acela Corridor is fully infected. With foaming lips, even.