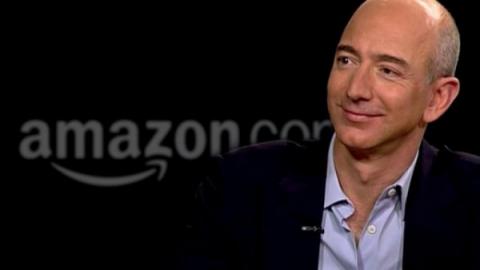 This article briefly encapsulates how leftists, like Bezos, pose such a grave threat to our culture as well as the rule of law for America.

Seven women have been fired from Amazon because they are pregnant. Unfortunately, for Amazon, federal law is The Equal Employment Opportunity Commission issued new guidance on how to interpret the PDA and other laws protecting pregnant women on the job. There are several guidelines that employers should be mindful of.

First and foremost, the Pregnancy Discrimination Act of 1978 absolutely forbids a woman from being fired because she is pregnant. Of course, we should be careful not assume that an extreme liberal, such as the owner of Amazon, Jeff Bezos, would ever care about the rule of law. In his mind, he is the law.

The Amazon Seven have filed a law suit against Amazon. However, that does not mitigate the intent of Amazon to abuse its female workers.

Amazon Has a History of Abuse Against Its Female Workers

Amazon workers are said to be so swamped that they are unable to even take normal bathroom breaks, and are instead forced to relieve themselves in so-called pee bottles in order to avoid being reprimanded. This shocking bit of news comes from author James Bloodworth, who went undercover at the Amazon warehouse located in Staffordshire, U.K., while writing a book on low wages in Britain. According to Bloodworth, the fulfillment workers at the warehouse had a working "toilet bottle" system in place, which had to be implemented due to the fact that bathrooms were not really a priority for their main operations. "For those of us who worked on the top floor, the closest toilets were down four flight of stairs," he said in a statement to TheSun.co.uk. "People just peed in bottles because they lived in fear of being disciplined over 'idle time' and losing their jobs because they needed the loo." So what are female workers who are pregnant supposed to do?

Bezos contemptuous attitude does not end with his treatment of women. He is decidedly anti-American as evidenced by the following:

-The Washington Post published an op-ed that called for more violence  in the streets to oppose (and eventually overthrow) President Trump.

-The owner of the Washington Post, Amazon founder Jeff Bezos, openly traffics in (and profits from) Antifa terrorism gear.

-Encouraged by the deranged left-wing media as led by the Washington Post, America's universities have now been transformed into terrorist training hubs that recruit, train and deploy active terrorism cells across America.