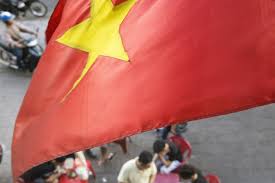 Nearly 10% of the 128 prisoners held in the Southeast Asian country for expressing dissenting views were jailed for posting anti-state comments on social media platforms such as Facebook, the report said.

Amnesty defines prisoners of conscience as people who have not used or advocated violence but have been imprisoned because of their identify or beliefs.

"In the past year, the Vietnamese authorities have made a clear effort to clamp down on social media," Nguyen Truong Son, Amnesty's Vietnam Campaigner, told Reuters.

"They have realized that Facebook was one of the last safe spaces where people could peacefully speak their mind, spread news, hold debates  - everything the authorities are afraid of," Son said.

Despite presiding over sweeping reforms and an increasingly market-oriented economy, the ruling Communist Party of Vietnam tolerates little criticism.

How to Refill Fresh Water Tank During Camping? 3 Easy Ways