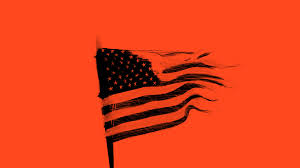 Their control covers all the means for expression of speech and ideas: television, movies, radio, books, music, news feeds. Those figures refer to everything except for print media, newspapers and magazines, which would add a couple of more oligarchs to the small group of media controlling owners. Some of the Big Five media corporations are in themselves also print media owners.

The present article follows on my article on the extreme concentration of ownership in general in the United States, which was published in parallel with the present one. That article illustrates how the ownership of all America's major corporations has been concentrated in incredibly few hands. To make matters worse, those business corporations (in themselves oligopolies) are as a rule owned by the same set of investors, which in turn are cross-owned by each other (oligopolistic investors). There then is a situation where oligopolies own oligopolies.

What was said above about the extreme concentration of ownership obviously also holds true for the media (including print). I reported there that institutional investors like BlackRock, Vanguard, State Street, Fidelity, and JP Morgan, now own 80% of all stock in S&P 500 listed companies. The Big Three investors - BlackRock, Vanguard and State Street – alone constitute the largest shareholder in 88% of S&P 500 firms, which roughly correspond to America's 500 largest corporations. (*1). Both BlackRock and Vanguard are among the top five shareholders of almost 70% of America's largest 2,000 publicly traded corporations. These same institutional investors largely control the media, television, film, publishing, telecommunications and Internet, as it will be shown below. (*2).