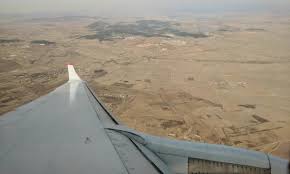 The North -- which is under several sets of sanctions over its now-suspended nuclear weapon and ballistic missile programmes -- has long struggled to feed itself, and suffers chronic food shortages.

It recorded its worst harvest for a decade last year, according to the United Nations, down by 500,000 tonnes as natural disasters combined with its lack of arable land and inefficient agriculture hit production.

In the year to Wednesday the North received just 56.3 millimetres of rain or snow, the Rodong Sinmun newspaper reported on Friday, the lowest since 1917.

Water was running out in the country's lakes and reservoirs, said the paper, the official mouthpiece of the ruling Workers' Party, adding: 'The ongoing drought is causing a significant effect on the cultivation of wheat, barley, corn, potatoes and beans.'

In their most recent estimates, the UN's Food and Agriculture Organization and the World Food Programme (WFP) said about 10.1 million North Koreans -- 40 percent of the population -- were suffering from severe food shortages, a similar figure to recent years.