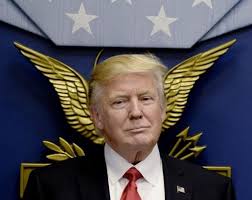 Trying to entrap our Lord by catching Him saying something untoward so that they could then hand Him over to the Roman authorities, they sent "spies" to ask Jesus "Is it right for us to pay taxes to Caesar or not?".

In the matter of immigration, St. Thomas Aquinas (1225-1274), whom the Catholic Church honors as a Doctor of the Church and regards as its greatest theologian and philosopher, respected a country's laws governing immigration and would gravely disapprove of illegal "immigrants," much less their brazen demands for special treatment in the U.S. today. So prudent and concerned was St. Thomas for the wellbeing of the host country that he recommended that even legal immigrants be granted citizenship only after 2 or 3 generations.

But Christian churches in the United States have become lawless and law-defying institutions.

In the name of "charity," some churches are defying and violating U.S. federal government laws on immigration by providing "sanctuary" to those who are in the U.S. illegally and face deportation. See DCG's Dec. 13, 2016 post, "Churches vow to offer sanctuary to illegal aliens".