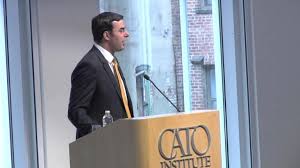 On Saturday, a month after the final [redacted] version of special counsel Robert Mueller's report on Russia and potential Trump campaign ties in the 2016 election was released, Amash took to social media to give what he called his principal findings.

Right away, his take stands out, just for the mere fact that he didn't rush to a conclusion, either good or bad.

That's something both sides of the political aisle are guilty of, with most lawmakers declaring Trump guilty or exonerated, based on their particular partisan bent, within hours of the report's release.

Hey, guys… How about taking time to read and study the report, in full, rather than rushing to a judgment that makes you seem like disingenuous hacks?

I wrote about this Saturday, highlighting Representative Amash's conclusions.

Of course, what we all knew would happen in this chaotic world of Trumpism, has happened.