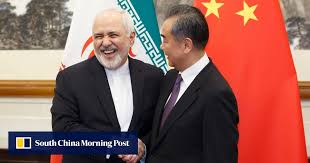 Reading the obituaries of the extraordinary Niki Lauda y'day I came across this great line referring to his rivalry with Hunt the Shunt: "Hunt died of a hard-earned heart attack in 1993". What a succinct summation in a single phrase of Hunt's marvellous life, and the era!

The sun is shining, so let me go on a short diversion as I compose the porridge on my way to work… This morning I walked along the highway to our local London polling station…. and kept walking.

Why bother? I am not going to vote in today's European elections.

I can't vote for Labour because I distrust Jeremy Corbyn's leadership style and ability, and am disappointed the MPs lacked the guts to rebel to accept/positively amend the deal that was on the table.

I am not going to vote Conservative because the naked ambition of a few, and the lack of responsibility of the many, sickens me.