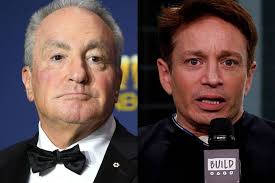 In his memoir, "Baby, Don't Hurt Me," Kattan said director Amy Heckerling was slated to helm the 1998 movie when she came onto him. Kattan, then 27, writes that he rebuffed the 43-year-old "Clueless" director's advances.

The next day, he says he got a call from a "furious" Michaels, who allegedly told him Heckerling was considering backing out of the project.

Michaels allegedly told him that "Paramount would only do the movie if Amy signed on as a director, not as a producer," and if he "wanted to make sure the movie happened, then [he] had to keep Amy happy."

"Chris, I'm not saying you have to f–k her, but it wouldn't hurt," Michaels allegedly said.

An SNL spokesperson denied Kattan's claims saying, "This did not happen." Show reps also said that the publisher never contacted them to verify the claims from the book.