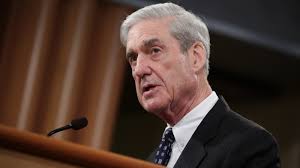 First, the official White House statement from Sarah Sanders, who called on everybody to follow Mueller's lead and move on.

"The Special Counsel has completed the investigation, closed his office, and has closed the case. Mr. Mueller explicitly said that he has nothing to add beyond the report, and therefore does not plan to testify before Congress. The report was clear - there was no collusion, no conspiracy - and the Department of Justice confirmed there was no obstruction. Special Counsel Mueller also stated that Attorney General Barr acted in good faith in his handling of the report. After two years, the Special Counsel is moving on with his life, and everyone else should do the same."

And the statement from the campaign, which called on the DoJ to get to the bottom of the origins of the Russia hoax.

"Special Counsel Robert Mueller's remarks today confirmed what we already knew. There was no collusion between the Russians and the Trump campaign, and there was no case for obstruction. President Trump has been fully and completely exonerated. Mueller said his investigation is over. The case is now closed."