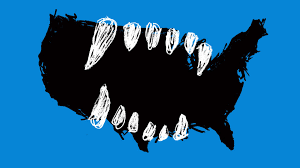 First readers must be made aware of a famous, but not that well known a book, 'War is a Racket' by Maj. General, Smedley Darlington Butler.

The book by Maj. General, Smedley Darlington Butler, the most decorated Marine ever in American history, denounces what we call today 'the military industrial complex'.

The two-time Congressional Medal of Honor recipient exposed war profits that benefit the few at the expense of many.

Throughout his distinguished career in the Marines, Butler demonstrated that true patriotism does not mean blind allegiance to government policies with which one does not agree.

He famously said "To hell with war."

Most people do not know that in 1933, a group of wealthy industrialists— and bankers (including the Rothschilds; Rockefeller's, Brown Brothers Harriman - connected to the Bush family - et al) working closely with groups like the K.K.K. and the American Liberty League —planned to overthrow the U.S. government and President Franklin D. Roosevelt (FDR) in 'a fascist coup'.