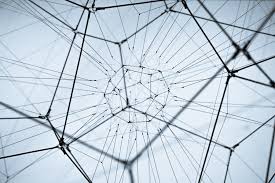 Today a system that sets wrong incentives for the scientific community is prevailing that is relying on an outdated system for the communication of science through centralized publisher cartels. As a result, science in some fields is suffering from increasingly poor reproducibility. This bears the risk of loss of credibility among the public and increased scarcity of public funding (Ioannidis, 2005; Siebert, 2015; Reardon, 2017; Nature, n.d.).

Because publishing in scientific journals today is the only way to achieve attribution and reputation for scientific work and is the core requirement to secure future funds scientist are incentivized to thrive for their publications impact as the major goal of the academic enterprise (Siebert, 2015).

The negative consequences of relying on scientific journals as a trusted third party thus go beyond the already well identified problems of paywalls and the need for open access that are being addressed by movements aiming for open science (UNESCO, n.d.; TIB, n.d.) and institutional initiatives against publisher cartels (Project Deal, n.d.).

More importantly, we need to establish an entirely new paradigm of "trustless" permanent publication, attribution and interoperability of scientific data. This opinion is written from my perspective of 15 years' experience in biomedical research, however the proposed solutions may be applicable to other scientific fields alike.

In 1945 Vanevar Bush, head of the US office of Scientific Research and Development during WWII anticipated the creation a futuristic device he called "Memex", a "device in which, an individual stores all his books, records, and communications, and which is mechanized so that it may be consulted with exceeding speed and flexibility. It is an enlarged intimate supplement to his memory" (Bush, 1945). Further he proposed that "Memex" would lead to "wholly new forms of encyclopedias […], ready made with a mesh of associative trails running through them, ready to be dropped into the Memex and there amplified" (Bush, 1945).

Arguably today we hold such devices in our hands and the internet serves as an underlying infrastructure, yet still 73 years later, past the invention of the personal computer and the internet we can agree with Dr. Bush's position that "professionally our methods of transmitting and reviewing the results of research are generations old and by now are totally inadequate for their purpose (Bush, 1945).

Indeed, the formats of scientific communication remain the same as during the time of Dr. Bush's essay in 1945. Running a website and issuing the print-version of articles as downloadable PDFs, that does not really make one a "digital publisher" anymore in the year 2018.

Dr. Bush continues that, "if the aggregate time spent in writing scholarly works and in reading them could be evaluated, the ratio between these amounts of time might well be startling. Those who conscientiously attempt to keep abreast of current thought, even in restricted fields, by close and continuous reading might well shy away from an examination calculated to show how much of the previous month's efforts could be produced on call. Mendel's concept of the laws of genetics was lost to the world for a generation because his publication did not reach the few who were capable of grasping and extending it; and this sort of catastrophe is undoubtedly being repeated all about us, as truly significant attainments become lost in the mass of the inconsequential" (Bush, 1945).