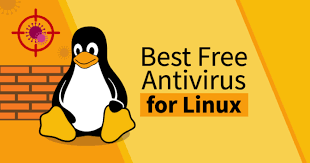 There's a misconception that Linux users don't need antivirus software. Linux is more secure than Windows, that's for sure. However, antivirus is vital for any computer, Windows, Linux, or Mac. Furthermore, with the prevalence of malware and ransomware, and the increase in malware targeting Linux systems, it is essential to install a Linux antivirus suite.

The first four options are antivirus suites. The final two are anti-rootkit tools but can help your system under certain circumstances.