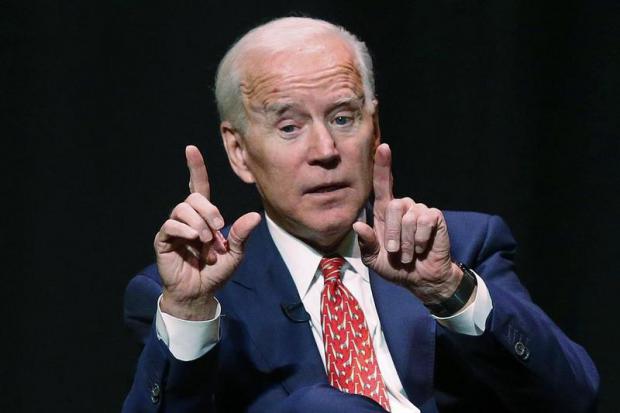 Former Vice President and Democratic front-runner Joe Biden found himself in the middle of a political quagmire this week after reaffirming his longstanding support for the Hyde Amendment banning federal funding for abortion, and stepping on yet another plagiarism landmine.

After a massive backlash which saw most of his Democratic rivals taking pot-shots when he reaffirmed his support for the legislation, Biden has had a dramatic change of heart - announcing on Thursday evening at an Atlanta DNC event that he can no longer support the 1976 provision.

"I can't justify leaving millions of women without access to care they need and the ability to exercise their constitutionally protected right," adding "Times have changed."

What makes this hilarious is that Biden initially appeared to have dropped support for the abortion legislation in May - telling an ACLU activist that he would repeal the amendment - only to announce weeks later on Wednesday that he "misheard her" and still supports it.

On Wednesday, his campaign said in a statement that the former vice president was sticking with his long-standing support of the Hyde Amendment, which has been routinely added to government funding bills and blocks federal medical programs from paying for abortions except in cases of rape, incest or to save the life of the woman.

After his stance was reported by NBC News, several of his competitors in the campaign highlighted their differences on Twitter. -Bloomberg

No woman's access to reproductive health care should be based on how much money she has. We must repeal the Hyde Amendment.

There is #NoMiddleGround on women's rights. Abortion is a constitutional right. Under my Medicare for All plan, we will repeal the Hyde Amendment.

And now Biden has seen the light, again, after un-seeing the light. And after Senate legislation to repeal the Hyde Amendment now has 22 Democratic cosponsors, including 2020 candidates Sanders, Warren, Gillibrand, Harris, Booker and Klobuchar.