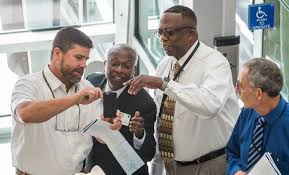 In a bid to make scientific articles more accessible to the masses, researchers are rallying for a new universal platform that will make research articles available for free.

Scientific research usually takes months to be published by academic journals, and once it is, many of the papers can only be read by scientists from wealthy institutes that subscribe to the journals.

Over the years, there have been various attempts to make research more widely available, but most papers remain behind paywalls and scientists complain that the peer review process at journals now takes longer than ever.

In a new article published earlier this week in the open-access journal PLOS Biology, Richard Sever and John Inglis from Cold Spring Harbor Laboratory and Mike Eisen from UC Berkeley propose a new solution to these problems, which they call Plan U (for "universal").

They call on the organizations that fund research – government agencies such as NIH and charities like the Howard Hughes Medical Institute – to require the scientists they support to post drafts of their papers on free websites called "preprint servers" before submitting them to academic journals.

The value of this approach was demonstrated by arXiv (pronounced "archive"), a preprint server in the physical sciences that has been running for 28 years and hosts more than a million papers. The biological branch of this platform called BioRxiv, which was founded by Sever and Inglis in 2013, is growing rapidly as more and more biologists realize the benefits of publicizing their work earlier rather than later.

As well as making papers available sooner – and to everyone – Plan U should speed up research itself because other experts can immediately begin building on the work. It should also stimulate evolution of the publication system.

"Because preprint servers take care of dissemination, scientific journals don't have to worry about that part and so have more freedom to experiment with how they do peer review," Sever said – and servers reduce the barrier to entry for new initiatives since they no longer have to cover the costs of hosting the papers themselves.