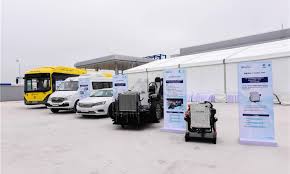 The "world's largest and most advanced" hydrogen refueling station has just been opened to the public in Shanghai.

The Shanghai Chemical Industry Hydrogen Refueling Station, which covers an area of about 8,000 square meters (86,000 square feet), was developed by SAIC Motors.

Since they began researching and investing in hydrogen cell technology in 2001, the company has become one of the first corporate drivers for the sustainable automotive industry in China.

The new refueling station, which is located in the Shanghai Chemical Industry Park, has a refueling capacity of more than 2 tons of hydrogen. For perspective, this report from the US Department of Energy says that the average hydrogen refueling station capacity in California is about one-sixth of that.

The new Shanghai station will not only provide support for 20 SAIC hydrogen fuel cell vehicles that will be operated in the region, but also provide commercial services to all sectors of the society. A press release from SAIC also states that the "hydrogen refueling station uses the hydrogen produced by the chemical industry [in order to] actively contribute to the development of circular economy in Shanghai."

The automotive group currently employs a fleet of more than 400 model FCV 80 passenger buses that use dual lithium and hydrogen battery systems in Northeastern China.

Experts are estimating that there will be at least 10,000 hydrogen fuel cell cars on Chinese roads by 2020 and an additional 100 hydrogen refueling stations. 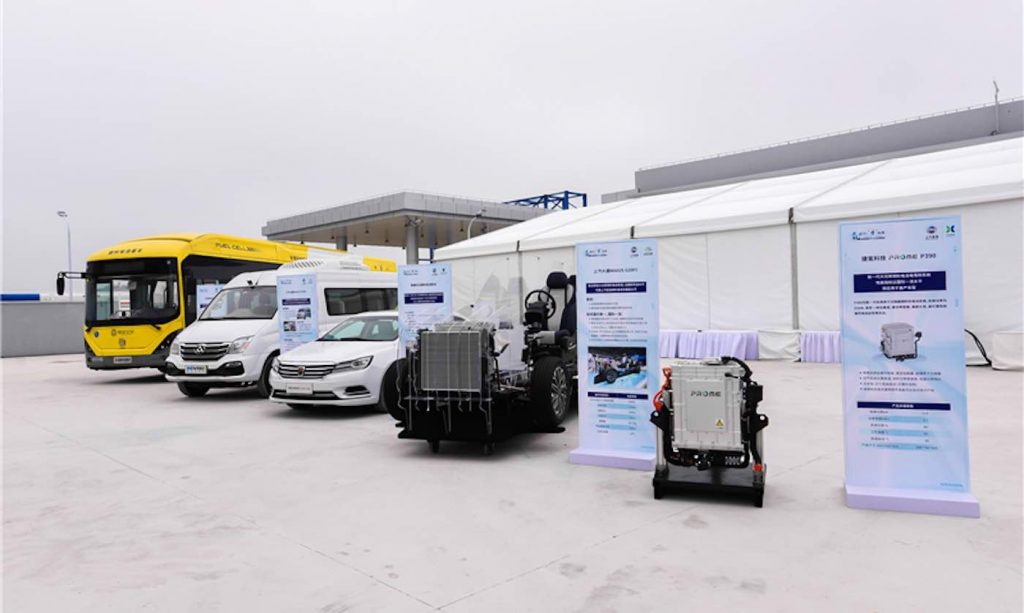