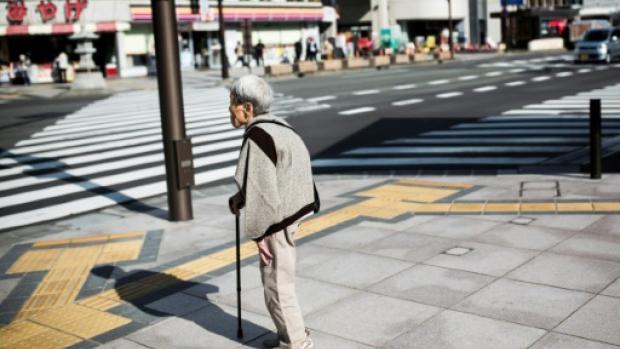 Ballooning healthcare costs, labour shortages and financial services for the elderly: for the first time Sunday, the world's top policymakers are tackling economic issues relating to ageing and shrinking birthrates.

G20 finance ministers and central bank chiefs meeting in Japan -- where a rapidly ageing population is a major domestic problem -- have been warned to address the issue before it is too late.

"What we are saying is, 'If the issue of ageing starts to show its impact before you become wealthy, you really won't be able to take effective measures against it'," Japanese Finance Minister Taro Aso, the meeting's host, told reporters late Saturday.

The G20 is a mixed bag of countries at various stages of development and population profiles, ranging from rapidly-ageing Japan to Saudi Arabia, next year's G20 chair, which has a very young society.

And host Japan is eager to share its experience, with Aso sounding the alarm that nations must be ready to act before population ageing rears its head and piles pressure on the economy.

Longer life-expectancy and sliding birth rates, particularly among wealthy nations, have resulted in a rapid expansion of the elderly population in places like Spain, Italy and South Korea, according to the Organisation for Economic Co-operation and Development.

But the pattern is not limited to the rich world, with emerging powers like Brazil and China also facing "rapid demographic change" relative to their early development stage, according to the OECD.

By 2050, the world is projected to have more than two billion residents aged 60 and above, more than double the number in 2017, OECD says.

But many economies have failed to update their pension and employment systems to adjust to the changing demographics, experts warn.

This has resulted in fiscal and debt risks for whole countries

Doug Casey on What Happens When Socialists Win Elections