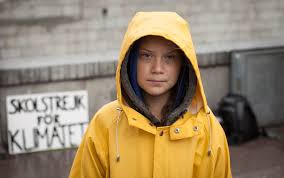 In a piece for FEE back in October, I explained the rise in support for environmentalist parties.

Greens are present in 8 out of 16 German state governments, and they doubled their seats in the largest state—Bavaria—just over a week ago. On the same weekend, Greens in Luxembourg went from their previous 10 percent to 15 percent, prolonging their participation in government. In 2015 and 2016, Raimonds V?jonis (Latvia) and Alexander Van der Bellen (Austria) became Europe's first two Green heads of state.

It turns out that this trend is continuing, as the Greens have increased their power in the European Parliament. Following the elections of May 23-26, the Greens jumped from 52 seats to 69. Most of this jump was due to increased voter support in countries such as Germany, France, or Finland.

Much of this is likely to be credited to young voters and the phenomenon of Greta Thunberg. The 16-year-old Swedish climate change activist has rallied masses of young demonstrators pushing their governments for "climate action" and popularized the question of carbon emissions more than ever.