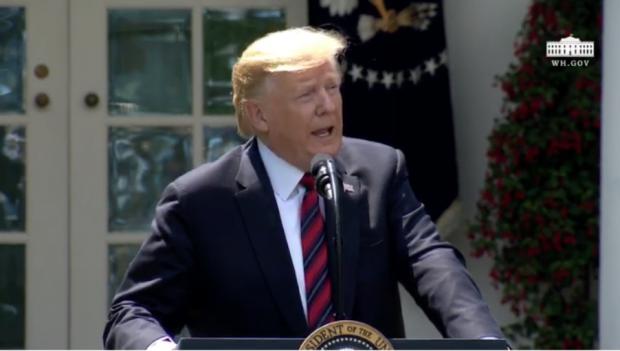 (Natural News) GMOs and their related chemical pesticides have long been pushed heavily by establishment Republicans. That's another important reminder why it's good to never be swept into a political party. Rather, evaluate each candidate based on their principles and actions.

Even though Trump is far from an "establishment" Republican, to the frustration of health-conscious Americans, he just signed an executive order that might as well be called "the GMO Streamlining Act." As reported by the Associated Press, this executive order directs federal agencies to reduce or eliminate regulations and oversight mechanisms that might help ensure the safety of genetically engineered crops.

In other words, President Trump just ordered the federal government to turn American into a massive GMO experiment where anything goes. "The move comes as companies are turning to newer genetic engineering techniques that make it easier to tinker with the traits of plants and animals," reports AP, meaning that regulations are being dropped at exactly the moment in history when easy, low-cost genetic modification methods such as CRISPR are rapidly emerging, placing GE technology into the hands of small companies and even determined individuals.

Under the new rules, modern-day GMO corn and soybean crops would have never been subjected to safety testing at all. As AP reports:

Last week, the U.S. Department of Agriculture proposed changing its regulations in a way that would mean much of the genetically modified corn and soy grown in the U.S. today would not necessarily have been subject to special oversight.

In addition, the new streamlining would relax regulatory oversight of genetically engineered animals. One of my concerns in all this is that genetic engineering without limits would enable the launch of "animal organ factories" where animals are subjected to extreme cruelty as they grow organs for transplantation into humans, all to the benefit of the organ harvesting and transplant industry.

The second Trump betrayal of health freedom and food transparency

This move by President Trump signals the second significant betrayal of health-conscious Americans. His first betrayal revolves around vaccines and the issue of medical consent. While Trump expressed skepticism during the 2016 presidential debates about the safety of multiple vaccines administered to infants and children, he flipped during the recent measles scare, urging Americans to "get the shot." As Information Liberation reports: