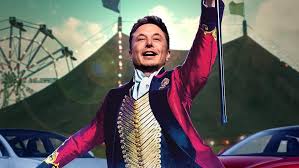 Over the past few months, Tesla stock dropped over 50 percent, trading below $180 before bouncing modestly in the last week with the market. The company's value has slumped to levels not seen since 2016, and analysts are predicting that this recent drop is only the start. In mere months, three years of market growth was eviscerated. Investors, once eager to embrace the company, are now mourning Tesla's precipitous decline.

Tesla's collapse serves as a stern warning to Congress which, only a month prior, had proposed increasing subsidies and tax credits for electric vehicles. With the hopes of increased government assistance, Tesla's stock jumped upward, only making the electric car company's fall from grace all the more painful. But while government intervention has undoubtedly warped the electric vehicle marketplace, Congress isn't primarily to blame for Tesla's volatility.

At the heart of the crisis stands Elon Musk, the fabled visionary businessman and CEO of Tesla. If compensation is any indication, it's crystal clear that Tesla values Musk as the leader of their company. In 2018, Tesla awardedits CEO a package valued at $2.3 billion—about 18 times larger than that of the second-highest-paid CEO. Obviously, that level of yearly compensation is absurd on its face. It could only be justified if Musk was a singularly unique business savant. Unfortunately for Tesla, that's just not the case. In fact, Musk's visionary direction has led Tesla to the brink of collapse.