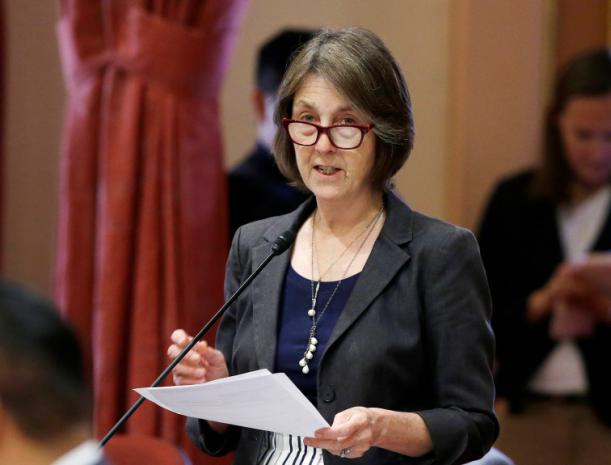 The state of California has made no secret that it wants to let as many people out of prison as possible.

From the early release of inmates through AB 109, to filling parole boards with felon friendly commissioners, to decriminalizing a litany of felonies and drug offenses with Props 47 and 57, Sacramento lawmakers are bending over backwards to dramatically reduce the state's inmate population.

Despite all of these efforts, the number of inmates hasn't dropped dramatically enough to satisfy the state's ruling Democrats, so they're kicking tires on a new approach — rigging the jury system so no one gets convicted in the first place.

This most recent push is Senate Bill 310, authored by state Sen. Nancy Skinner, D-Berkeley, and would allow Californians who have prior felony convictions to serve on juries.

In a press release promoting the proposal, Skinner wrote, "SB310 will help ensure that California juries represent a fair cross-section of our communities…People with felony records have the right to vote in California. There is no legitimate reason why they should be barred from serving on a jury."

Currently, felons are prevented from serving on juries because of their obvious and inherent bias against prosecutors and law enforcement.

If you honestly believe that jurors in California who've served time won't be more lenient towards accused criminals, I've got a bullet train to sell you.

People who have a family member in law enforcement are excused from jury duty all the time because of the possibility of bias, even unconscious bias.

How can someone who's served time be considered free of bias?

That's like having crazy cat ladies vote on how many cats a person should own.

It should be noted that SB310 makes no distinction between violent and non-violent offenders, and even allows convicted felons who are still on probation or parole to serve.

Imagine serving your time, getting out of the clink, then getting sentenced to six months of jury duty on an insurance fraud case.  Haven't you paid your debt to society already?

Since this is California, and the idea is cartoonishly preposterous, of course it sailed through the Senate Public Safety Committee on a 5-1 vote.

In testimony to the Committee, Brendon Woods, Alameda County's Public Defender, noted that defendants of color are often faced with juries in California in which "no one who sits in judgment looks like [them]."

In California it's already illegal to exclude potential jurors because of their race, national origin or gender, among other categories.  A "jury of your peers" doesn't mean having a foreman with the same ankle monitoring device as the defendant.

Since the Senate Public Safety Committee vote, SB310 has since been approved by the full state Senate. It was approved on a 27-10 vote.

Look, I'm willing to compromise on this.  If an ex-con wants to judge a wet T-shirt contest I say go for it.  But felonies are serious business, and the public deserves honest trials with juries who will evaluate the evidence with as few biases as possible, and vote accordingly.