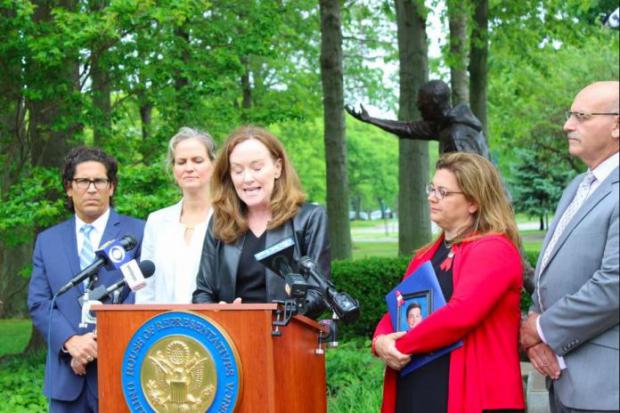 A new principle forms the basis of American criminal justice. It is that innocence is irrelevant. More accurately, it is an obstruction.

It gets in the way of what government wants – which is to bully and control everyone.

The former requirement in law – and general custom – that conviction had to precede punishment and that evidence to suggest wrongdoing had to precede investigation has been thrown in the woods – so to speak – in favor of making things easier for the criminal justice system by assuming everyone is a criminal.

And treating all of us presumptively as such.

The latest such being a proposal – a threatened law, HR 3374 – purveyed by a termagant to liberty named Kathleen Rice, who is a coercive authoritarian "representative" (of whom begs some interesting questions) from the state of New York. She is demanding that all new cars be fitted with Breathalyzers – and ignition interlocks – by 2029.

You used to have to be convicted of drunk driving before they installed a Breathalyzer machine in your car. Rice wants them installed in every car – whether you drink or not.

The "drunk" part of her proposed law – the End Drunk Driving Act – is especially fatuous given the already low national standard defining it. A Blood Alcohol Content (BAC) of .08  has been legally synonymous with presumptive "drunk" driving for the past 20-plus years – meaning no evidence of impaired driving had to be presented; the BAC alone suffices to convict.

This, of course, amounts to punishing people for violating a rule rather than for driving "drunk." It specifically punishes people whose driving can't be faulted – which also begs some interesting questions about the real motive behind all of this.

The former race car driver Bob Bondurant – who for years ran a high-performance driving school I was lucky enough to attend – likes his beer. And evenwith several in him was more in control of the Ford Econoline van he took us around the test track in  than my ex mother-in-law is in control of her Hyundai out on the public roads, absent any beers (or BAC) at all.