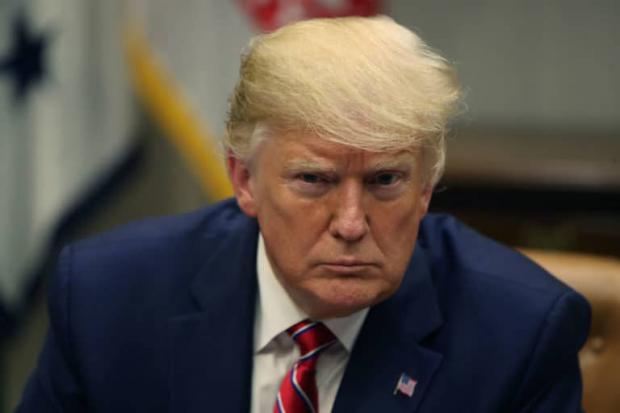 President Trump issued a warning to Iran after the nation attacked two oil tankers in the Gulf of Oman yesterday, telling Fox and Friends, "We don't take it lightly."

Citing video footage showing an Iranian boat removing an unexploded mine from a Japanese oil tanker, Trump said, "Iran did do it and you know they did it because you saw the boat."

"They're a nation of terror and they've changed a lot since I've been president, I can tell you."

Yesterday, Secretary of State Mike Pompeo blasted Iran for it's "blatant assault" on two oil tankers in the Gulf of Oman.

Pompeo said the U.S. reached its conclusion based on intelligence and the types of weapons used in the attack.

"It is the assessment of the United States government that the Islamic Republic of Iran is responsible for the attacks that occurred in the gulf of Oman today," said the Secretary of State. "This assessment is based on intelligence, the weapons used, the level of expertise needed to execute the operation, recent similar Iranian attacks on shipping and the fact that no proxy group operating in the area has the resources and proficiency to act with such a high degree of sophistication."

"These attacks are a threat to international peace and security, a blatant assault on the freedom of navigation, and an unacceptable escalation of tension by Iran," wrote Pompeo on Twitter.

Iran claimed that it rescued 44 sailors from the two ships, an assertion the U.S. official says is "patently false."