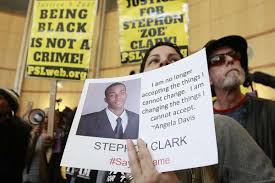 Today was the last day for Brown to sign or veto bills passed during the 2018 legislative season. He had been keeping mum about whether he'd sign on to this reform. He was responsible for signing the original bill back in 1978 that exempted police conduct reports from public view. What spooled out from that initial bill was an environment where citizens simply were not able to find out if an officer involved in a violent or otherwise controversial confrontation had a history of disciplinary problems. Even prosecutors and defense attorneys had to beg judges for information from the conduct records of officers put on the stand as witnesses.

This legislation represents a huge shift in the relationship between law enforcement agencies and the public in California. Police unions have fought for years to keep officers' bad conduct out of the public eye. They've been succeeding for a long time. This change will bolster pushes for transparency in other states (such as New York) that similarly conceal bad cop behavior from the public.