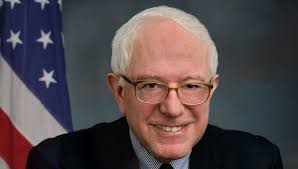 Trump has succeeded in one thing: Pushing Democrats so far to the Left they look like economic fools in comparison.

Kicking off his 2020 election campaign at George Washington University, Bernie Sanders pitched his Democrat Socialist Plan to the US.

Sanders seeks an "Economic Bill of Rights" that would include the right to a decent job that pays a living wage, quality health care, a complete education, affordable housing, a clean environment and a secure retirement.

Suddenly it is a fundamental right, no matter how little one produces, to have literally everything. Such promises have been made before, never successfully.

Having parted ways with some non-Marxists who managed to infiltrate his 2016 presidential campaign, Vermont's Sen. Bernie Sanders will attempt to clarify this afternoon that he is not like other candidates seeking the Democratic nomination in 2020.

Many readers may find it laughable that Mr. Sanders would attempt to position himself even further to the left than he did in 2016. But as a Journal editorial noted in April, there's nothing funny about the extreme commentary from people who are now members of the Sanders 2020 operation. For example, current Sanders speechwriter David Sirota once wrote an op-ed titled "Hugo Chávez's Economic Miracle". And Mr. Sirota isn't the only Sandernista who has lauded the Chavistas. Assessing the current Sanders team, the Journal observed: "Voters need to understand that they don't merely admire Venezuela. By their own words, they want America to emulate it."

Given the long history of Mr. Sanders' friendly relations with communist thugs, one must be optimistic to assume his brand of socialism would remain "democratic." How many Americans want to live through a revolution dreamed up by an angry, underemployed writer anyway?

Attendees at today's Sanders event can expect him once again to urge U.S. adoption of the same health care guarantee that's been made for years by the Bolivarian Republic of Venezuela.