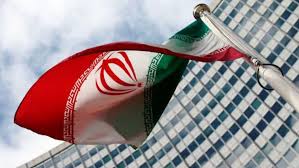 When representatives of the five Caspian littoral states meet on the 11th and 12th of August, Iran intends to seek some redress from Russia on Moscow's manoeuvring last August. The Islamic Republic believes that it was robbed of its historical rights in the Caspian, conned out of a US$50 billion per year income, and left without Russia's support against the re-imposition of U.S. sanctions.

Little of any apparent consequence was decided last August when the five Caspian littoral states – Russia, Iran, Kazakhstan, Turkmenistan, and Azerbaijan – signed the 'Convention on the Legal Status of the Caspian Sea'. The limited publicity that surrounded the signing stated only that the agreement stipulated that relations between the littoral states would be based on the broad principles of national sovereignty, territorial integrity, equality among members, and the non-use of threat of force.

It refrained from specifically going into details about share allocations in the Caspian Sea resource and talked only vaguely about giving the area 'a special legal status'. However, a senior oil and gas industry source who works closely with Iran's Petroleum Ministry told OilPrice.com that there was a secret second part to the deal that has proven explosive for the perennially fractious relations between the Caspian states.