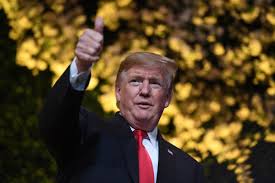 The White House's prolonged financial bullying of the Palestinian Authority (PA), the Palestinians' government-in-waiting, has reached the point where there are now credible warnings that it is close to collapse. The crisis has offered critics further proof of the administration's seemingly chaotic, often self-sabotaging approach to foreign policy matters.

Meanwhile, US officials charged with resolving the Israeli-Palestinian conflict have demonstrated ever more blatant bias, such as the recent claims by David Friedman, the ambassador to Israel, that Israel is "on the side of God" and should have the "right to retain" much of the West Bank.

Again, critics view the Trump administration's approach as a dangerous departure from the traditional US role of "honest broker".

Such analyses, however common, are deeply misguided. Far from lacking a strategy, the White House has a precise and clear one for imposing a solution to the Israeli-Palestinian conflict – President Donald Trump's so-called "deal of the century". Even without publication so far of a formal document, the plan's contours are coming ever more sharply into relief, as its implementation becomes observable on the ground.