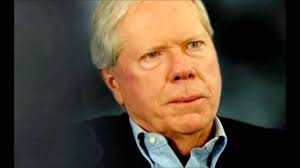 The past couple of days have seen interesting developments.  The US or Israel struck a Japanese ship with small rockets and tried to blame it on Iranian mines.  The Japanese ship owner put a halt to the false flag event.  He pointed out that the damage was above, not below the water line and that crew members observed objects approaching in the air. https://www.lewrockwell.com/2019/06/no_author/the-gulf-of-credibility/

In the New York Times, David Sanger, a generally unreliable reporter in my opinion, released what a person with my quarter century of experience in Washington would regard as sensitive national security information when he reported that Washington was putting malware into the Russian electrical grid.  Who leaked this sensitive national security information?  Why aren't they being arrested and prosecuted for leaking to a reporter?  Why isn't Sanger himself, like Julian Assange, arrested for trumped-up reasons?  It makes no sense to give to Russia the information in public disclosure as that allows Russia to find and eliminate the malware.  As it makes no sense, it raises the question whether Sanger's story is correct or merely something handed to him by the NSA which wants to polish its image before it becomes a victim along with Brennan and Comey and Hillary in the attempted Russiagate frameup of President Trump.

Sanger's story loses all credibility when he repeats the disproven allegation that "Russia's Internet Research Agency [is] the group at the heart of the hacking during the 2016 election in the United States. It was one of four operations his so-called Russia Small Group organized around the midterm elections. Officials have talked publicly about those, though they have provided few details."

Ray McGovern, William Binney and other retired intelligence professionals have proven conclusively that there was no hacking.  The information revealed by Wikileaks was a leak from inside the Democratic National Committee.

How is it possible that David Sanger doesn't know this?  How can his New York Times editor not know this?

Events In Redfield, Utah Point to a Massive False Flag In the Near Future

The Rioting Is Being Staged And Even Minnesota's Governor Agrees, Says International Forces At W