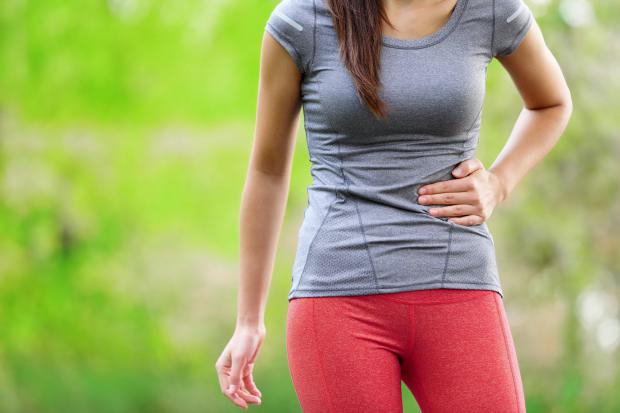 Doctors still don't know what causes it, or how to stop it.

Before the mile run each year in middle school, on the dreaded walk down from the classroom to the course, my classmates would argue over the best way to prevent a side stitch. More so than turning an ankle or coming in last, that repetitive stabbing pain is what the majority of us dreaded most. Our cures ranged across the map from taught techniques, like breathing in through the nose and out through the mouth and not eating for three hours prior, to my favorite: Punching yourself in the stomach at the slightest hint of pain (don't try it, it doesn't work).

There's a medical term for that stabbing side cramp: exercise-related transient abdominal pain, or ETAP. And it's far from rare. Around two-thirds of runners experience them every year. But unfortunately for middle schoolers, elite athletes, and weekend joggers everywhere, this medical term does not come with a medical solution. There's no standard advice for how to prevent a side stitch, says sports chiropractor Brad Muir, because we don't know the mechanism that produces the pain in the first place. "It's still up in the air."

That's partly because, even though side stitches are common, researchers haven't really studied them. In 2015, a review article noted that after a few studies in the 1940s and 50s, there was a nearly 50 year gap in research on side stitches. Despite that, there are some basic things that we do know about ETAP: It's more common in younger people; the number of reported cases tends to drop off as people get older. The pain is more common in activities where the upper body twists, like swimming, running, and horseback riding. Athletes of all levels get side stitches—elite athletes get them less often, but their stitches are no less painful than the ones in amateur exercisers.