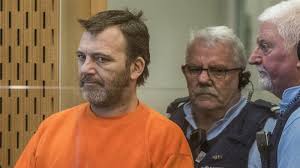 Philip Arps, 44, was sentenced to 21 months in prison at a court in Christchurch on Tuesday, having previously pleaded guilty to two charges of distributing objectionable material.

Soon after the attack, New Zealand's Office of Film and Literature classified the video as "objectionable," making it a criminal offense to possess, share, or host it. Those found guilty doing so can face up to 14 years in jail.

According to RNZ, Arps sent footage of the attack to around 30 people, even asking an unknown individual to add cross-hairs and a body count to "make it more fun." During sentencing on Tuesday, District Judge Stephen O'Driscoll said that Arps had described the video as "awesome."