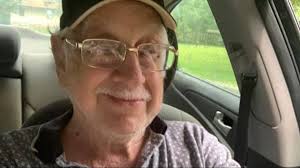 A compassionate Uber driver has also proven herself to be a guardian angel in disguise after she helped to transform the home of an elderly veteran who was living in "deplorable" conditions.

Last week, Lauren Mulvihill was called to the hospital to pick up an 89-year-old veteran named Ronald Dembner. Since the senior had just been discharged from the hospital, Mulvihill brought him back to his home in Stockbridge, Georgia, expecting for him to be greeted by family members or caregivers.

When they arrived at his house, however, Dembner explained that he lived alone with his dog because his wife and family members had passed away. Mulvihill then helped the senior into his home – and she was shocked by what she found.

The house was filthy. There was mold in the bathrooms; no railing on the stairs; the rugs were soiled; and there were even dog droppings that had accumulated on the floor.

Despite how Dembner is in a perfectly healthy state of mind, his house fell into disrepair because he has trouble moving around. He has been too afraid to call anyone for help because he is afraid that his house and dog will be taken away from him.

Mulvihill could not bear to let the veteran live in squalor any longer – so she created a public Facebook group called Helping Mr. Ronald in order to rally together some volunteers.

"I have been back and tried to clean up, but I am a single parent and my kids cannot stay inside the home," Mulvihill wrote in the group. "Mr. Ronald is open and willing to have someone help, but he cannot pay – and again, he is scared to death that they will make him leave his home."