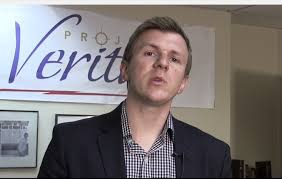 James O'Keefe and Project Veritas released alarming new undercover video, leaked documents, and testimony from a Google insider revealing the tech giant's plans to meddle in US politics and "prevent a Trump situation in 2020."

One aspect of the report features undercover footage of longtime Google employee and Head of Responsible Innovation, Jen Gennai, saying Google has been working diligently to "prevent" the results of the 2016 election from repeating in 2020, meaning they are actively engaging in election meddling and working to elect someone from the Democratic Party.

The exposé was so damaging that Google-YouTube deleted Project Veritas' video exposing the tech giant's electioneering.

And the Google executives have deleted their social media pages.

Jen Gennai, the Google executive caught on video bragging that "Congress can pressure us but we're not changing," panicked, deleted her Twitter account and made her Instagram 'private.'

Gaurav Gite, the Google engineer revealing the tech giant's actions to manipulate its algorithms based on its own definition of "fairness," has deleted his Facebook page.

NEW: Google executive Jen Gennai @gennai_jen, who said Congress "can pressure us but we're not changing," has deleted her Twitter account. Her Instagram is private, too; it wasn't before. Google engineer @GauravGite3 has deleted his Facebook. pic.twitter.com/24Qx78rpaZ