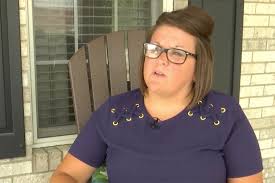 An Indiana woman said she became so ill at an all-inclusive Dominican Republic resort earlier this year that she'll have to be on medication the rest of her life, according to a new report.

Kristie Dilly, of Yorktown, her husband and two friends were staying at the Bahia Principe Resort at the end of February through the beginning of March, the woman told local station WTHR 13 Tuesday. Things started out well — but toward the end of the vacation, Dilly became so sick that she couldn't wait to leave, she said.

"We were able to eat, drink, play, excursions, golf, whatever we could imagine, right there at the resort," Dilly said. "Once day seven hit, I became very ill. Knowing I was leaving the next morning gave me a lot of comfort."

But her symptoms only worsened on the flight home, she said.

"Sweating profusely, every joint and muscle in my body was aching from my toes to my forehead, I was trembling, I couldn't swallow," she told the outlet. "I couldn't move my legs, even out of the way for stewardesses to get through. I mean, I was just so ill."

Once she got home, she went straight to the hospital, where doctors did not know what was wrong but started treating the symptoms, she told the station.

Her kidneys took the biggest hit — and she'll have to take medications for the rest of her life to keep them in check, she told the outlet.

Dilly was staying at the same resort where engaged Maryland couple Nathaniel Holmes, 63, and Cynthia Ann Day, 49, were found dead in late May.

Less than a week earlier, Pennsylvania tourist and psychotherapist Miranda Schaup-Werner, 41, collapsed and died in front of her husband in their room at the same resort.

"Once everything started coming through on the news about the Dominican, it kind of wrapped up a whole new sense of feeling of, 'Was there something underlying that we didn't catch that back at the first week of March [that] we didn't really understand or know?,'" Dilly told the local station.