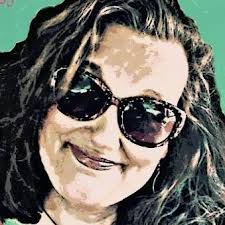 Some time between throwing some burgers on the grill and shooting off fireworks with a beer in one hand and a lighter in the other, ask yourself this question:

How free and independent are you?

How independent are any of us, really? We like to think we live in the "free-est" nation in the world, but do we really?  Think about it.

You never own your home outright, even when the mortgage is paid off. Every year, you must make your extortion payment to the city or trust me, you won't be living in that house for long.

The same thing with your car. If you don't pay your annual extortion payment on your vehicle and pay a hundred bucks for a tiny sticker that gives you permission to drive it, it will be promptly towed away by the city with the government's blessing. Then, like a hostage negotiation gone wrong, you'll have to pay even more money to cover their theft and storage of YOUR vehicle.

On a regular basis, you must pay a fee and ask the government for permission to do any number of things, such as driving a car, traveling outside the country, running a business, adding another bathroom to your home, or even catching a fish for dinner.

Permits and licenses are big revenue generators from start to finish – and if you proceed without asking permission, they will extort more money from you in the form of fines. If you refuse to pay the fines (or if you can't) they'll kidnap you and lock you in a cage, where you'll be forced to perform manual labor for 10 cents an hour for whatever length of time the legal authorities feel is sufficient to teach you a lesson.

The bottom line is, some places in the United States are freer than others, but we're all still serfs paying fealty to lords.

Did you know that, as a business owner, when I write a paycheck of $1200 to an employee, it costs me $1399.91 and that she only ends up with $1042.12? Think about what we could all do with an extra $357.79 per pay period. I bet we wouldn't go out fighting wars on other people's soil with it. I bet we wouldn't enrich politicians and weapons manufacturers with it and special interest groups with it.

What The Declaration Should Have Declared