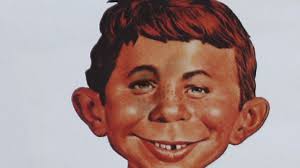 Of course, Bolling is not a MAD cartoonist (although he did have work published in it in 2005), so he may have been simply responding to the growing volume of responses to the Leland report.

Per the report, "I just heard from a friend of mine who is in a Facebook group with MAD writer Stan Stinberg that, after the next two issues, MAD will no longer be publishing original material. Instead, it'll publish reprinted material until it's subscription responsibilities are fulfilled and then the magazine will cease publication."

We cannot find the Facebook post in question, or even any account in the name of Stan Stinberg, on Facebook at present. Nevertheless, two separate sources close to the situation have confirmed for ComicBook.com that the report is, at least in substance, true. Later, MAD contributor David DeGrand confirmed the news on Twitter.

Safety First Is A Bad Ideology