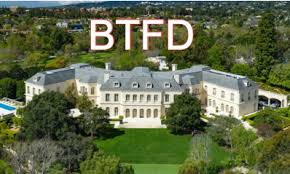 "Pricing was a little high, so we went through a correction," said Alexander Ali, an external spokesman for Nile Niami, the movie-producer-turned-developer of multi-million dollar mansions in Los Angeles. With lower prices, Ali's predicting that "a lot of homes close in the next month."

Taking a closer look at the Los Angeles market's new dynamic: foreign buyers aren't showing up like they used to.

Ali said Niami held an invitation-only open house for a six-bedroom mansion on Londonderry Place. The event cost $100,000, included exotic pool dancers, open bars, fancy food, and even a camel show. The asking price of the mansion has plunged 36% to $34.95 million - with minimal interest as foreign buyer demand has evaporated. The developer's portfolio includes a $44 million estate, which the local media said was sold to a Saudi client.