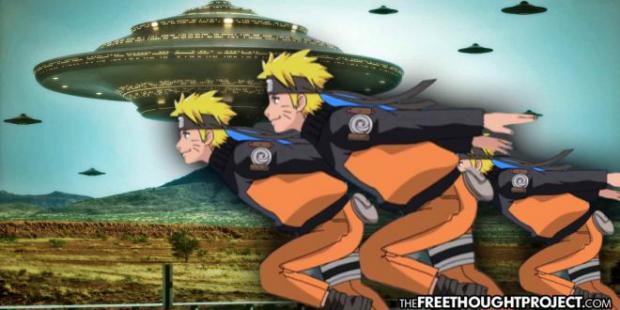 A Facebook "sh*tpost" meant to troll the US government and alien conspiracy theorists alike has morphed into a massive ordeal with the government promising violence against anyone who takes it seriously. The post is a fake event created by a known trolling page, which is encouraging attendees to "storm" Area 51 in Nevada to find the true purpose behind the secretive military installment or rather, "see them aliens." As of Monday morning, over 1,000,000 Facebook users have signed up as attending.

The hilarious nature of the post caused it to skyrocket in popularity, and to those who appreciate good humor, this is a close rival to the group who promised to travel to the edge of the earth to prove it is flat.

"We will all meet up at the Area 51 Alien Center tourist attraction and coordinate our entry," the event description reads. "If we naruto run, we can move faster than their bullets. Lets see them aliens."

To those who may be unaware, Naruto Run refers to the running style of Naruto Uzumaki, the hero in the Japanese anime series Naruto. In this running style, Naruto is depicted sprinting with his hands behind him and his head tilted forward to decrease wind resistance. It doesn't work, but the hilarious vision of hundreds of thousands of people Naruto running toward Area 51 is utterly epic.

Despite the clear joking nature of the post, there are hundreds of comments from people who really think that people are going to storm the base.

"You people are stupid if you think you can outrun the military's bullets," one comment read. "Bullets travel at supersonic speed and will go through your dumb bodies, no matter how fast you can run."

Biden "Victory" Speech: Was Joe Even There or Was it a Deception?

The cult of Kanye:

The Smoking Gun: Where Is the Coronavirus? The CDC Says It Isn't Available.

Asking The Question That Nobody Dares To Ask Publicly

We Are Being Brainwashed Into Another Lockown