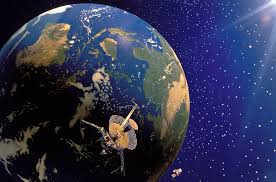 Galileo, the EU's global navigation satellite system, has been down for four days, since July 11, following a mysterious outage. All Galileo satellites are still non-operational, at the time of writing.

According to a service status page, 24 of the 26 Galileo satellites are listed as "not usable," while the other two are listing a status of "testing," which also means they're not ready for real-world usage.

The European GNSS Agency (GSA), the organization in charge of Galileo, has not published any information in regards to the root of the outage, which began four days ago, on Thursday, July 11.

On that day, the GSA published an advisory on its website alerting companies and government agencies employing the Galileo system that satellite signals have degraded and they "may not be available nor meet the minimum performance levels."