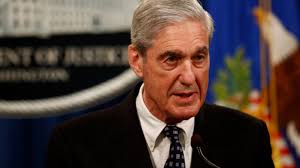 Over the past few weeks, it has become clearer that each of the two frayed findings of Russian interference in the 2016 U.S. presidential election has now come apart at the seams.

Saturday's New York Times reports that "the Democrats said they chose to delay at the request of Mr. Mueller" after a day of negotiations, "as both Democrats and Republicans were deep in preparations for his testimony" earlier scheduled for July 17. The Washington Post, on the other hand, chose not to say who asked for the delay. Rather, it explained the abrupt change in timing with a misleading article entitled, "Mueller, House panels strike deal to delay hearing until July 24, giving lawmakers more time to question him."

As the truth seeps out, there will be plenty of crow to go around. To avoid eating it, the Democrats on the House Judiciary and Intelligence Committees, the stenographers who pass for journalists at theTimes and Post, and the "Mueller team" will need all the time they can muster to come up with imaginative responses to two recent bombshell revelations from the United States District Court for the District of Columbia.