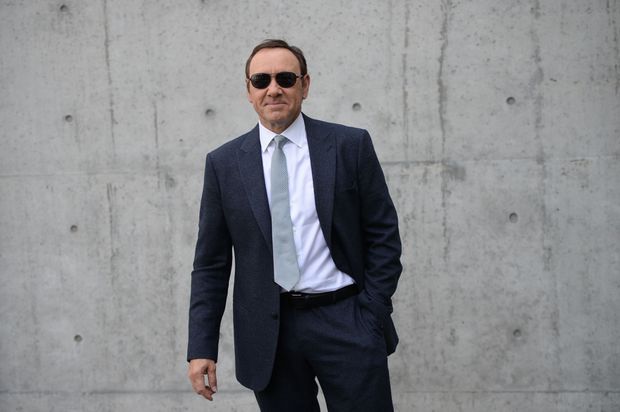 BOSTON (AP) — Prosecutors dropped a case Wednesday accusing Kevin Spacey of groping a young man at a resort island bar in 2016 after the accuser refused to testify about a missing cellphone the defense says contains information supporting the actor's claims of innocence.

Spacey was charged with indecent assault and battery last year in the only criminal case that has been brought against the actor since his career collapsed amid a slew of sexual misconduct allegations. The two-time Oscar winner was among the earliest and biggest names to be ensnared in the #MeToo movement against sexual assault and harassment that swept across the entertainment and other industries.

Spacey denies groping the man, whose mother first went public with the allegations in 2017.

A phone message seeking comment was left with Spacey's lawyer.

The actor's accuser was ordered to take the stand earlier this month after he said he lost the cellphone he used the night of the alleged groping. The defense said it needed the phone to recover deleted text messages it says would help Spacey's case.

The man denied deleting messages or manipulating screenshots of conversations he provided to investigators. But when he was pressed by the defense about whether he knew that altering evidence is a crime, he invoked his Fifth Amendment right against self-incrimination , and the judge said his testimony would be stricken from the record.

The judge then questioned how prosecutors would be able to bring Spacey to trial if the accuser continued to refuse to testify, and prosecutors told the judge they needed time to decide how to proceed.

On Wednesday, Cape and Island District Attorney Michael O'Keefe said in court documents that they were dropping the charge "due to an unavailability of the complaining witness."

Prosecutors said in an emailed statement that they met with the man and his lawyer Sunday and told him that if he wouldn't testify in further proceedings, they couldn't move forward with the case. The man "elected not to waive his right under the Fifth Amendment," prosecutors said.