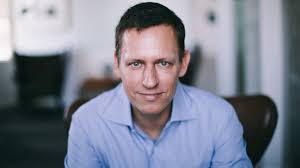 In short, it's using the power of the state to punish his enemies and make the world the way he wants it to be.

A group of conservatives mostly dedicated to removing the stain of individual liberty from their brand met this week for a "National Conservatism Conference." Superwealthy tech-industrialist Peter Thiel gave one of the keynote speeches. Contemplating his remarks is helpful in assessing what these "national conservatives" are up to.

Thiel used to be roughly identified, including, at times, by me, as a libertarian. One reason was his decision to fund what started as a libertarian-rooted wild idea, Seasteading. Another indicator was his big-money support of an ultimately feckless Ron Paul-oriented SuperPac. These decisions made his warm embrace of Trump back in 2016 confusing, but he has now made it clear he has, and wants, nothing to do with the idea that human liberty is overall good and enriching.

Instead, Thiel has some interests and some enemies, and he wants to use the power of the state as a weapon to help one and harm the other. The main enemies are Google, China, and the U.S. university system. He advocated vigorous police actions against the first and third, and a trade war (at least) against China.

The general focus of his talk is that we should run all decisions through the following prism: Is this policy good for the United States? Not for free individual citizens, not for the human race, but for the United States. Thiel's answer, at least when it comes to big tech, the current system of higher education, and free trade, is no.

Why he's attacking Big Tech: Thiel is mad because Silicon Valley imposes a monoculture of political correctness. He didn't get too specific here, but I think his audience and most of the world gets what he means. Silicon Valley is leftist-progressive, culturally and socially, and accepting—at least in word, if not always deed—of the "identity politics" and "cultural marxism" that Thiel believes are some of America's biggest problems.